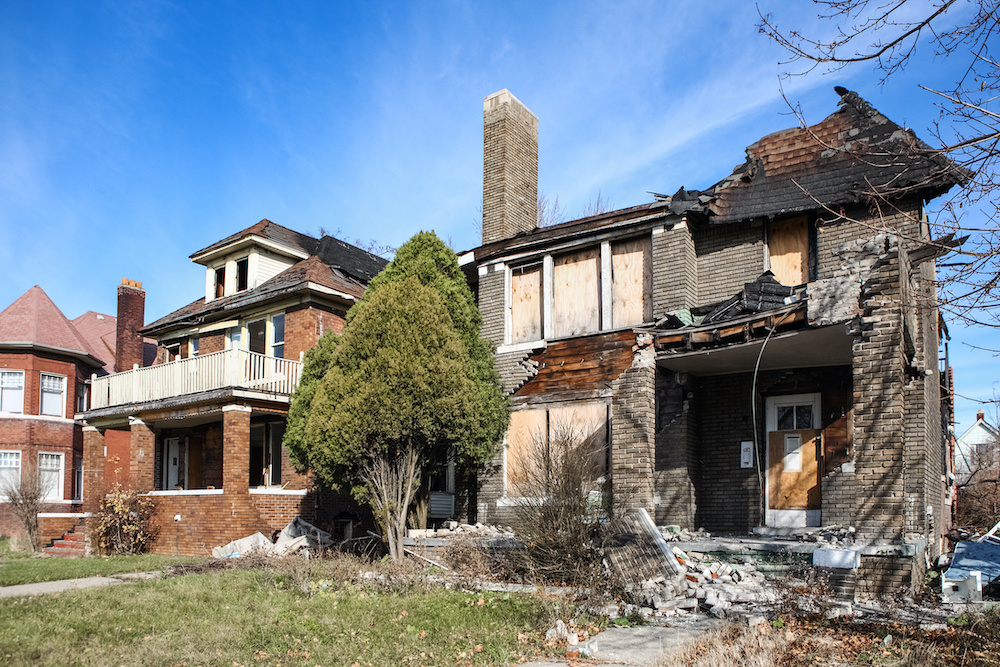 An unpublished report from the University of Michigan and Rutgers University has revealed that homes purchased at the Wayne County tax foreclosure auction or near demolitions increase the potential for lead poisoning in children who live in Detroit.

The study’s authors, Joshua Akers, Alexa Eisenburg, and Eric Seymour wrote that children living in homes purchased in the Wayne County tax foreclosure auction had higher odds of higher concentrations of lead in the bloodstream. “The highest risk is observed among children living in properties where the landlord owns 10 or more single family properties obtained through tax foreclosure sale. We also find a relationship between nearby demolitions and blood lead toxicity,” they wrote.

Since 2005, there have been more than 150,000 properties that went through tax foreclosure. The majority of those (90 percent) were purchased by investors.

Co-author Alexa Eisenberg wrote that “children living in homes purchased at auction are about 1.6 times more likely to have elevated blood lead levels (EBLLs) than other children, even when controlling for other factors typically associated with lead poisoning such as the age of their home.”

Eisenberg notes that about 13 percent of children who live near two or more demolition sites showed elevated blood lead levels, instead of eight percent of those who lived elsewhere.

These findings came from analysis of EBLL data collected between 2014 and 2017. In 2017, 8.8% of Detroit children tested had EBLLs—more than 2.5 times the state level, and 4 times the national level.

“We think that speculators purchasing large numbers of foreclosed homes are going to be less likely than individuals and small landlords to maintain their acquisitions and undertake lead remediation actions,” Eisenberg said. “This is mostly based on the idea that if you’re buying homes in bulk, you’re not really motivated by the desire to improve individual properties, but more by your aggregate returns.”

“Houses sold to those landlords in the Wayne County treasurer’s auction--these are the oldest, most dilapidated homes,” said Denise Fair, Detroit’s chief public health officer. “So of course, these homes have lead in them.” She said that she hadn’t entirely reviewed the study.

Fair told Michigan Radio that the city has improved health and safety protocols for demolitions over the past two years. Fair says the city is working to get rental properties to comply with city code, including safety measures for lead.

Want to get notified whenever we write about University of Michigan ?

Sign-up Next time we write about University of Michigan, we'll email you a link to the story. You may edit your settings or unsubscribe at any time.